Cryptocurrencies are currently more hype than ever before. Especially the forefather of all coins and tokens, Bitcoin, is keeping the scene busy. The reason for this is probably the rocket-like rise in the price since its publication in 2009.

Despite some setbacks on the way to prices beyond 50,000 US dollars and the current correction, Bitcoin is still the number one cryptocurrency by market capitalisation. The media echo that the coin generates is correspondingly high.

Unfortunately, the media often emphasise the negative aspects of the original coin. It is said, for example, that Bitcoin makes it easier for criminals to launder money. Or terrorists can send and receive money anonymously and hidden from governments and secret services. An anonymity that can be potentially dangerous.

Anonymity is the key word here. Is Bitcoin really anonymous? We will get to the bottom of this question in this article! We have covered how you can buy Bitcoin in a separate article.

Cryptocurrencies promise a lot. Among other things, they are a better option than regular fiat currency. From time to time, however, one also reads that one can pay anonymously on the internet with the coins and no one notices who the payer is.

Bitcoin is generally regarded as an anonymous payment network. In fact, Bitcoin is possibly the most transparent payment network in the world, offering a high degree of privacy. To understand what is meant by this, you need to look at how transactions work on the blockchain.

The blockchain stores all transactions ever made. So if person A decides to send BTC to an address on person B’s wallet, that transaction is forever immortalised in the blockchain and can be seen by anyone in the world. It’s like a digital ledger, so to speak.

Of course, no one can easily know who is behind the cryptic addresses of the wallets. So in principle, the way the blockchain works ensures privacy protection.

However, most reasons for a transaction require some form of disclosure of one’s identity. Be it the postal address to receive goods, login data such as email and user name or deposited credit card data to buy cryptocurrencies such as Bitcoin on an exchange.

This circumstance is the reason why Bitcoin cannot be one hundred percent anonymous. Another factor that should not be underestimated is that the blockchain survives. Even if it is currently not possible to trace who carried out a transaction, it can be in the future.

So anyone who wants to be anonymous in the crypto space should not rely on the anonymity of the transactions on the blockchain. Many other measures must be taken and, above all, one’s own behaviour must be adapted in order to achieve anonymity.

The very first step towards more anonymity is to dispel a myth. You should understand at this point that the Bitcoin network is transparent through and through. Accordingly, you should develop an awareness that Bitcoin transactions have traceability.

To assume without further ado that transactions on the blockchain are anonymous is therefore almost a fatal mistake. So something needs to be done to ensure anonymity. Some of these measures are independent of the topic of cryptocurrencies and help to remain anonymous when surfing the internet.

Step 1: Keep your own data private

In order to optimally protect one’s own privacy, one must know where and with whom one’s own data is stored.

If name, address and telephone number were entered at an online merchant in order to be able to accept the goods accordingly and the payment was then processed from a crypto wallet with Bitcoin, then a data leak at this provider is sufficient to link the private data with the Bitcoin address. All other transactions from this address can then also be linked to this data.

If the aim is to order the goods anonymously, the first step should not be to enter your own address as the recipient of the consignment. An alternative would be to select a parcel station or a parcel shop as the address. The latter, however, makes it necessary to give the correct name. As a rule, the parcel shop operator requires the presentation of a valid identity card.

The same applies to data required for registering applications and services. An e-mail address is often used again and again. Now and then, even with a service for which one has deposited one’s name and address. This is even more likely to be the case with your own mobile phone number. Only very few people have two or more mobile phone numbers.

Perhaps it is not even necessary to disguise one’s identity for a simple online order. But you get into a dilemma if you have to use your Bitcoin address for other things that require anonymity. Exactly this circumstance leads us to step number two.

If the same address is used for every transaction on the blockchain, a leak in one place is enough to link each of these transactions to one person. A sensible approach would be to regularly change addresses and create different wallets for different purposes.

No one can know which addresses and wallets belong to a person and what is done with them. For example, a wallet could be created where it doesn’t matter if someone knows who is behind it. This address can be used for online trading.

But here too, if transactions are carried out between one’s own addresses, they are transparently linked to each other on the blockchain forever. The loss of anonymity of one of the addresses could trigger a chain reaction.

This point should be the most obvious. If it is not desired to link an address with one’s own person, one should not publish it.

Of course, there can also be situations where exactly that is desired. For example, when collecting donations or selling something yourself and offering cryptocurrencies as a means of payment.

Any information about the purchases and transactions made should not be made public. Much of this information can help identify the person behind the address.

Another way to find out the identity of a user is the IP address. This address is used for communication on the internet and can nowadays be traced back from many places to the house connection.

Bitcoin is a peer-to-peer network, so it is possible to trace transactions and associated IP addresses. The so-called full-node clients are responsible for the transmission of all transactions. This makes it considerably more difficult to trace the correct source of a transaction. Thus, each Bitcoin node can be confused with the actual starting point. It therefore makes sense to disguise one’s own IP address.

One way to achieve such obfuscation is to use a Tor network. Tor or “the onion router” sends one’s own requests to the network all over the world, so that the original IP address does not arrive at the destination. The routing via the network’s nodes makes tracing extremely difficult.

Another possibility for disguising one’s own IP address is to use a virtual private network (VPN). Such a VPN is like a tunnel within a network that enables anonymous traffic. One of the best-known and most popular VPN providers on the market is Surfshark.

With Surfshark, users can anonymise their Bitcoin transactions – this also applies to all other crypto transactions. As an investor, you thus ensure more security when trading cryptocurrencies. You can use Surfshark on any device that has an iOS, Android, MacOS, Windows or Linux operating system. To use it, all you need to do is download the relevant app and sign in with your Surfshark account.

The following video shows you in detail how to register and set up Surfshark.

If you are now wondering whether you should rather use a VPN like Surfshark or a Tor, then we want to help you a little here too. Basically, both networks are very similar, but there are some marginal differences in detail. For example, a VPN does not send the requests via different network nodes, but via a single, central node. However, this node encrypts its own IP and sends the request to the addressed destination. Surfshark has published a detailed and extensive discussion on its own company blog.

A similar principle to that of Tor also exists in the crypto or Bitcoin context.

So-called mixing services want to make the traceability of Bitcoin addresses more difficult by receiving transactions with the same amounts on different addresses and sending them on from there. It is therefore not possible to find out which of the addresses made the initial transaction.

However, particular caution must be exercised here, because in some countries the use of mixing services is prohibited. A look at the legislation of your own country is therefore absolutely necessary!

There are a few black sheep among the mixing service providers, so you should be absolutely sure who you trust with your BTC. Otherwise, you risk losing your own Bitcoin.

For small sums that are to be sent anonymously via the Bitcoin network, mixing services are a good and cheap option. For larger sums, the whole thing becomes more difficult and more cost-intensive.

Conclusion: Bitcoin is not anonymous

…but transparent in all respects. Bitcoin addresses and wallets can be easily compared with account numbers and the corresponding accounts. The only difference is that with cryptocurrencies like Bitcoin, no bank plays the role of middleman and no state can intervene in a regulatory capacity.

In order to be able to pay or be paid anonymously with Bitcoin, it takes some effort. If complete anonymity is absolutely necessary, then there is no getting around the steps mentioned above.

For many governments of this world, the very fact that they have no leverage in the crypto world is a thorn in their side. They are anxious to introduce regulations for the crypto market. So relying on the supposed anonymity and independence of cryptocurrencies may not be the best idea. 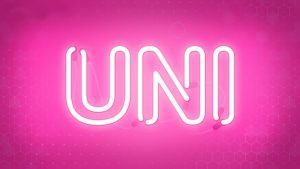 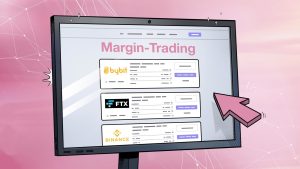